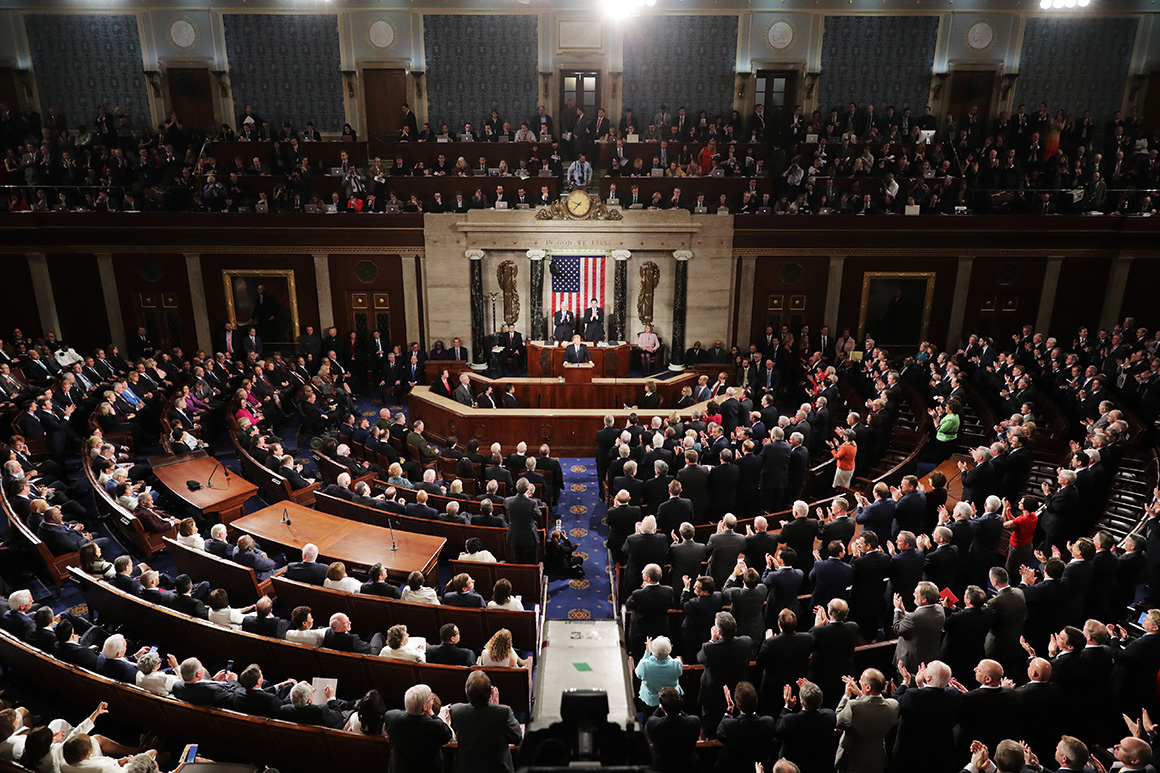 The 2008 financial crisis reshaped American politics, birthing a politics of outrage in the Tea Party on the right and an enduring strain of progressive populism on the left.

The coronavirus is already on a similar trajectory, triggering massive prospective bailouts and other policy proposals that stand to rewire the Republican and Democratic parties for a generation — or longer.

Last week, Republicans joined Democrats — and in some cases got in front of them — in calling for direct payments to Americans to help cope with the economic fallout from the pandemic. The Trump administration, after laboring for years to repeal Obamacare, said it was considering creating a special enrollment period for the program due to the coronavirus. When Donald Trump himself suggested the government could take equity stakes in private companies that receive federal aid, it was a Democratic governor, Colorado’s Jared Polis, who accused the president of being a socialist.

The immediate effects of the pandemic on blurring the parties’ ideological distinctions have been acute — and the virus’ toll still remains far from reaching its peak.

“It’s crazy,” said Kelly Dietrich, founder of the National Democratic Training Committee, which trains candidates across the country. “Up is down, north is south.”

Or as Mike Madrid, a longtime Republican strategist in California, put it, “It’s kind of nuts.”

He said, “We are in for extraordinary change.”

Over the weekend, Republicans and Democrats neared a deal on a rescue package that could cost at least $1.6 trillion, the most expensive such package in U.S. history. Bipartisan support for such a measure has been heralded by Democrats as an endorsement of expansive government intervention — in large part because elements of the spending, including $250 billion in direct payments to Americans, are now a priority of Republicans.

Former Iowa Gov. Tom Vilsack, a former Agriculture secretary in the Obama administration, said in an email that the “song of ‘government is the problem not the solution’ and the ‘era of big government is over’ may not be [an] underlying theme from this point forward.”

And former New Mexico Gov. Bill Richardson said “some of the issues that are being proposed and voted on now are going to become the norm in our political system, both with Republicans and Democrats.”

He predicted that new normal including paid sick leave, and even guaranteed income of some kind. “In other words,” Richardson said, “the era of big government is back, and both parties are going to embrace it to resolve problems. And [the change] is caused by the virus.”

Republicans, too, see this shift unfolding. As negotiations over a rescue picked up in Washington last week, it was Republicans pressing for direct cash assistance to Americans, irritating progressive Democrats who feared the GOP was out-flanking the Democratic Party on the left.

As the two sides maneuvered, Sal Russo, a former Ronald Reagan aide and Tea Party Express co-founder, recalled the speeches he gave years ago about the esteem of the federal government swelling amid the New Deal and through the Eisenhower and Kennedy administrations, before eroding in recent generations.

Russo predicted Congress will “get excessive” in its coronavirus response. But he said most Americans will see its involvement positively and that “this may be a boost for the role of the federal government.”

“In some ways,” he said, “the promoters of big government should hope Trump is a hero.”

The prospect of upheaval isn’t an abstract notion. The 9/11 terrorist attacks — and the wars in Iraq and Afghanistan that resulted from them — spurred an anti-interventionist movement that led to Barack Obama’s nomination in 2008 and still resonates within the Democratic Party. The financial disaster in 2008 conceived not only the Tea Party, but an Occupy Wall Street movement that shifted the national conversation around economic inequality and the “1 percent” — catalyzing the rise of the populist progressive wing of the Democratic Party.

But unlike many past crises, the coronavirus pandemic has caused turmoil in the economy, public health and politics all at once. The death toll is rising. The stock market is in freefall. The virus has consumed Trump’s presidency and his re-election prospects, and it has all but frozen the Democratic presidential primary in time.

“Parties go back and forth, and they change somewhat,” said Ron Kaufman, the Republican National Committee treasurer and a former adviser to George H.W. Bush. “And this is going to be a big change.”

Kaufman said the longer-lasting effect of the pandemic may not be a sustained appetite to spend, but an eventual “sea change” politically as fiscal conservatives attempt to reconcile debt from the coronavirus response.

That the parties are coming together at all on major legislation is, of itself, a remarkable turn from the intransigence that has defined Washington since Trump won election in 2016 and Democrats regained control of the House two years later. Joe Lieberman, the former Connecticut senator, described the current landscape in Washington as an “extremely partisan time, ideologically divided time in our government — worse than 2008 and 2009 by far, I’m afraid.”

Still, Republicans and Democrats are “coming together to get things done,” he said, adding that “if it works — which I hope and believe it will, if they do enough quickly enough — maybe there won’t be a dominant counter-reaction among Democrats or Republicans left or right.”

Yet already, the pandemic has emboldened Democrats’ calls for more comprehensive health care and employee benefits, with the crisis laying bare not only shortcomings within the nation’s health care system, but the precariousness of Americans’ financial condition. Retirement accounts have been ravaged and unemployment claims are soaring.

David Pepper, chairman of the Ohio Democratic Party, said the pandemic has exposed “just that the current state of affairs just leaves so many Americans living right on the edge of disaster, and we’d heard these studies for years.”

“This just bears this out,” he said. “It tells you what an unstable status quo we’re living in to start … That is something that might reframe politics for a long time.”

Progressive Democrats, anticipating a recession and high rates of unemployment, are preparing to use the coronavirus pandemic to draw their party to the left on economic policy, attempting to broaden support for a Green New Deal as a way to spur employment while decarbonizing the economy. And they are watching party leaders closely in negotiations for the rescue package — and demanding constraints on corporations that receive federal aid, as well as guarantees for the working class.

Charles Chamberlain, chairman of the liberal political action committee Democracy for America, said “We’re in a moment right now where obviously one of the long-term impacts of the coronavirus is likely to be a complete restructure of our economy.”

If there is a time for that, this would appear to be it. Three congressmen have tested positive for the coronavirus. Democratic primaries are being postponed, and the likely nominee, Joe Biden, has been reduced to a character on a livestream.

In the same way that the music, food and media industries have been upended during the past 20 years, he said, broad cultural shifts are “just now hitting the last social institution, which is representative government.”

The country will soon “find other ways of voting and engaging civically,” Madrid said.

The coronavirus, he said, may be “the accelerant.”